Good day everyone . Why today is a good day ? It is very good question .

Today I want to tell you a story, a simple story about the first day on my new job.

Yesterday ,I went to the hotel where I will be working as a night porter but because I had lack of experience (bar-serving the drinks,customer service etc.) I was asked to come and get some practice.

I am tempted to say .. that evening was fantastic.

To start with , I went in a hotel ,it was full of hustle and bustle ,it was all about the preparation on the evening` event .

I went to the bar with my supervisor(James),got to know where is the stuff(drinks,glasses,prices etc.) and then.. I saw one gentlemen in a military form , I asked James – is he real militarists or? He answered me “No,he`s not,today we have an event where all are supposed to be dressed-up as if they were back in 1930s” .

Being nerd , I was watching a few similar events , for instance comic-con in London . But I never had been in such old-fashion event like yesterday I was in.Purely because I am not very familiar with that period of time .

All the ladies were in a old-fashion/military dresses ,they wore interesting dresses and old-fashion tights (very old fashioned) ,some of them wore a hat.I saw two Afro-American gentlemen ,one of them was in a black suit (like back in 1930 – very rich businessman) ,and other wore trousers with pair of braces and in baker boy cap (like simple worker) .There were the singers(two ladies) who was wearing a military costume with labels and insignias  etc.Another woman had a fox(dead version of it) as a part of her dress All the music was from the 1930s.

There also was a group of middle-age people(50-60+) who were dancing as it supposed to be in the 1930s.James told me that those guys are “Our old customers ,they have an event in October when they reserve the whole hotel for 4 days and  enjoy that time immensely.”

After all  , I enjoyed all that time what I spent there, I really did. You know..when you make the similar event,all you want to achieve is ..that everyone should experiencing the same emotions and feelings if they would be in the 1930s.I must admit,in that time even my father was a child and I haven`t got any knowledge about all that time.. but I have a confession to make – somehow , completely out of the blue , I was a part of that , I felt that all those people had had something in common , they were succeeded in bringing such an old[past] atmosphere ..

I also was thinking about the time.Nowadays the technology was captured the majority of the people , when if you haven`t got the account in Facebook – it means that you are the wild man and you need to go back into your cave. The technology is rushing somewhere..every second counts. But i think that the past is like the book which is full of recondite information.All the information is old but it`s valuable nonetheless.

When I went to home completely exhausted I went to bed straight away but the music was still playing , the dancing couples were still flashing into my mind .  Now , after 7 hours of sleep , I don`t feel even a half of these feelings or emotions but you know what? Something from that day was entrenched inside of me .. something very old but still important. 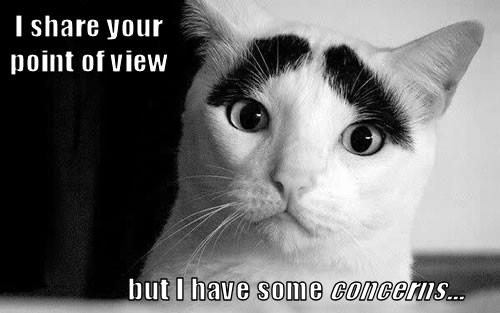 It is really strange filling when you start to realizing that now is a New Year(2015). Few days ago, we all were a bit over-excited about this special event and now.. now we are mostly the same or you think differently?
First of all , I would like to wish all of you a Happy New Year and I hope you will find your path down this road, will it be bad or good – well , it will be nice experience either way ,am I right?
I`d share with you about some of my thoughts if you don`t mind to listen. Firstly ,I had been joined to chatroom and it was/is very nice experience for me as a person and for my English. Albeit the fact that a decent conversation is a very rare case out there , I still enjoying it . Describing this chat ,well ,I might say that this chat is full of negative people who are sitting down there for only reason – to make some fun by laughing at something or arguing with anyone.. or you can do this all and pack of other things ,but nevertheless, there were some decent people whom I was lucky to meet.
And what I was doing there ? Frankly speaking , usually I am speaking with some other person who I was glad to know but she went to her original country and I didn`t want to disturb her rest while she will be there with family and friends ,which she could meet [face to face] only being there on holidays. So we were a bit distant for that period of time. But the strange thing is..that if you really want to be friends with somebody and you “sign in all terms and conditions” (like we will be friends only , you are not allowed to do this and that etc.) and If you after that haven`t the chance to build up a strong connections with that person(who`s supposed to be your friends in near future)..then you are “screwed up”. The odd thing is that all the people really wants to make friends .. but when they are here with you – you take it for granted and later , when this connection disappearing time after time, then they started to realize that something is completely wrong, but ,as Russians used to say, “this train is already gone”. It is out of my understanding , why people are so.. stupid(?!) or better to say – blind? Someone smart man said ,I really can`t remember all the saying but meaning was – “ people are searching for love and friends whatever they can..except around themselves” .
It was only the second day of the new Year but I already tired of it ,despite the fact , that I am very positive person and cheerful enough for handle all “bad days”. I just can`t understand .. I was talking via chat with lots of [presumably] beautiful women who is beautiful and nice from ,so to say, both sides, but weirdly enough they have a lack of happiness. Ghastly enough realise that fact and then I was thinking –is it a jeer of the fate – because most of unpretty women are single and are desperately looking for [any] man and ,at the meantime , lots of really nice and good-looking women are doing the same. We are lost here , aren`t we?
I got to know one woman who was my teacher , despite the fact that she is really good looking and have some “abroad beauty” ,as being English teacher ,she really struggle to find the proper man. She is beautiful , smart , funny , witty , intelligent , good educated piece of something what most of the men is dreaming about but.. she is struggling to find the proper one -it is ridiculous, really really “franking” unbelievable.
Other example – once upon the time I was adding the advertisement on Gumtree where I was trying to find anyone who could help me with my English. One female has pop up and we were talking a lot. She was very serious lady and her conditions were simple – no flirty chat, no silly jokes, no relationships – I could agree only on the last part but it`s not the point. The point is that when I asked her about her relationships ,which as I though had been take the place ,she answered that she has no boy- or girl-friend . I was really surprised – why is that? We all know that at some point we need the person who will be with you , we want/need to be a couple .. but she said that she never wanted to be with neither boy or girl . I had never been thinking that this kind of people exist [give me some credit] but here, in England , I started get to know lots of things what haven`t happened with any of my friends/acquaintances . I was really curious about this stupid fact, which later on I found the name of – asexual or nonsexual person .I haven`t been thinking that it is even possible – but ,I guess , people are can be really strange and very odd nowadays .Anyway , when I was asking about the feelings and stuff like that (according of my thinking, most of women are emotional beings, don’t get me wrong) and she said that she has the dog. THE DOG?! I really do like that fact that I`m having a great time here, in England.. but sometimes people in here can literally blow my mind with how they are thinking/acting.
I wish I could find someone who could cope with impoliteness and honest talk .